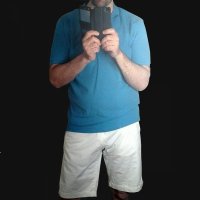 Vanessa lived surrounded by contrasts. She was born to a well-to-do family in Kensington, London, and was educated in religious schools. She was the unexpected and youngest child of six siblings. Just over a year ago she abandoned her architectural studies and freed herself from the wealthy lifestyle and authoritarian shadow of her mother, who to this day still asks her to confess to all kinds of imagined wrongdoings.

The flat in Camden to which she moved was all she could afford to rent in London. Without renovation, it could have been Al Pacino`s bachelor flat: seventies wallpaper broken and torn in a thousand places, old plinths detached from the wall, a cuckoo clock in the hall, a wrought iron umbrella stand and hydraulic tiles in the bathroom and kitchen... Even so, for Vanessa this flat was the closest thing to paradise.

It was noon. The dark corridor was only illuminated by the intense light radiating from the threshold of the kitchen, partly because it had the only window facing east, and partly because that was where Vanessa was, the most brunette and most beautiful woman, who, like every morning of that autumn, was finishing an order for Alfredo.

♫ Stars shining bright above you, night breezes seem to whisper "I love you"…


Vanessa was precious. She was completely naked under her white apron, which was incapable of containing her large, swollen breasts, which looked out cheerfully from the side of the fabric. The strap that tied her apron to her body found no better shelter than between the two buttocks of that beautiful, perky, round and white ass, on which the faint trace of a bikini line could still be seen.

♫ Just hold me tight and tell me you miss me...  - Vanessa sang, with the glans of a silicone member glued to her lips.

All the while her left hand tightly held Nacho Vidal's replica, and her right hand skillfully turned, with a wooden fork, eight large doughnuts she had frying over a huge old iron pan.

After turning down the music, she went to the large wooden window, open as it was every morning in order to dissipate the heat from the kitchen. Having reached the window, she placed the headset of her mobile phone against her chest and leaned out.

Resigning from the window with a grimace, she returned to her telephone call.

After a few seconds spent listening to the same speech as every other day, Vanessa, removing the earpiece from her ear and holding it a few centimetres from her face, began to silently and amusingly imitate Alfredo. When the time came, she returned to the conversation.

Alfredo, on the other end of the phone, went back to ranting.

Vanessa abruptly cut off the call and turned around, returning again to the stove. This moment was caught by the voyeur and immortalised her impressive ass as she, making use of the element of privacy provided by a flag, pressed her crotch against the balcony rails.

Back in the kitchen, Vanessa quickly removed the large doughnuts one by one and placed them in a bowl of sugar. There, with quick movements, and helped by a fork and a wooden spoon, she spun them until they were ready to join the plate of already finished donuts, the whole process ending as the song reached its final stanza. She turned the volume up as much as the loudspeakers allowed.

♫ But in your dreams whatever they be...

She sang as she violently shook her long, blonde mane.

There was silence in the kitchen. Vanessa's shortness of breath and light sweat caused by the heat of the stove and her long, unkempt hair, seemed more like a response to an improvised sex session in the services of a disco than to the intensity of a pop song during the frying of some doughnuts.

One by one she carefully inserted the eight circles of dough with Nacho's cock and removed the excess. Finally, she extracted the doughnuts again, carefully depositing them in the boiling oil while, out of tune, she mumbled:

"Leave the worries behind youfrom her door, cousin, to my door".

This function is for members only.